The collaborators and Stakeholders were able to visit Mr. Jack, a member of LokToki Owuok Development Group who was supported with Beekeeping by CISS. He was able to explain to members that he has harvested a total of 9kgs of honey from the hives, he has been able to Sell them, and acquire funds to sustain his family in other needs. 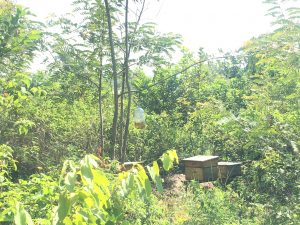 Mr. Jack was also able to showcase his Sorghum farm which was doing very well. This sorghum was for his family’s consumption. He also used the sorghum as a mode of school fee whenever he was not in a position to acquire the fee. 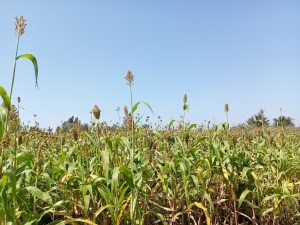 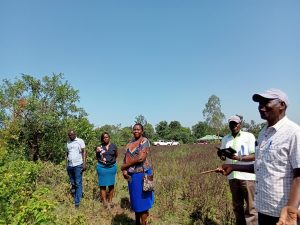 Stakeholders and collaborators were able to visit Oluti Primary School to learn more about how CISS took part in promoting the Health and Environmental aspect. The school was given 300 tree seedlings and they were able to maintain them as they know the benefits of the trees to the environment. The school has taken up the project so well and it has initiated the planting of a few more trees to cover the spaces. 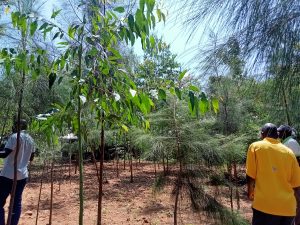 They prepared a vegetable plot that had raised beds and was double dug in readiness for vegetable planting. These vegetables are very important to the schools as nutritional value is catered for, the less fortunate students are also able to be provided with meals.

These students were also able to use the knowledge acquired to make the vegetable gardens at their homes which play an important role in adding nutritional value to the meals. 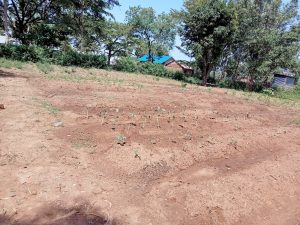 Hand wash facilities provided by CISS, were in good condition and were well used promoted Good hand hygiene which is linked to prevention of illnesses, this in turn, increases productivity of the pupils at the school. 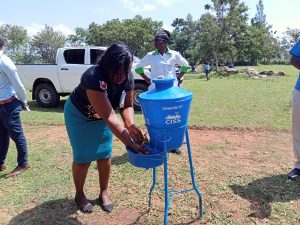 The team was privileged to get an empowering performance from Health club group on ” Ngima tinde inywako…” that loosely translates to coming together and supporting each other. 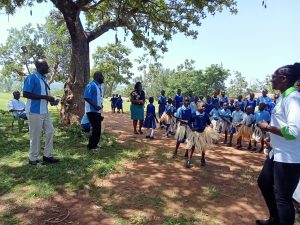 Mrs. Tabitha is a member of Mos Mos Women Group who was given two goats by CISS; a female and a Male goat, which gave birth. She has been able to pass back the female kids to 2 people from the group and she is preparing to pass on a kid to a third group member.

She has managed to take care of the goats through the veterinary doctor and that has enabled her acquire 3 litres of milk per goat every day, which she sells at ksh500 per litre and the money gotten is used to sustain the needs of her family members.

She was also able to tell the collaborators and stakeholders on on the importance of goat milk which included; assisting with asthma patients as it builds strong immune system to consumers, she informed the members that the manure from the goat, is used in her maize farm which contributes too healthy yields. 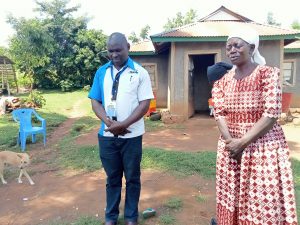 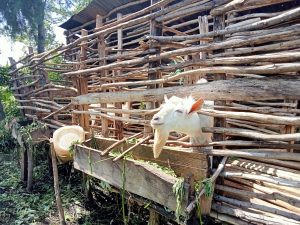 On arriving on site where the CISS team had a display on the various activities we support our group with.a presentation on Upesi Energy saving Jikos was made by Mrs. Everline, the Upesi energy saving jikos conserve the environment as one cannot use more than two firewoods, it does not produce a lot of smoke that may bring respiratory diseases, the jikos are safe for young children as the format they are built, prevents the children from falling in the fire as compared to the traditional three stoned-jikos, these jikos are also advantageous as they retain heat for a very long time hence the farmers have given testimonies of promotion of peace and love in the homes. 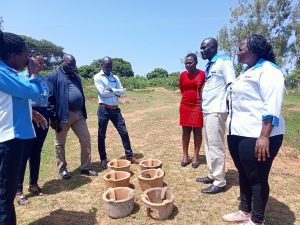 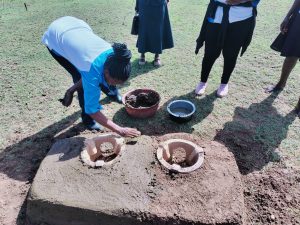 The demonstration, done by Ms. Mildred, a CISS staff, was on a closer look of how the Langstroth hives, which produces more honey than any other type of hive look like. She was able to explain about the different parts of the hives; the roof, made of a metal covering to protect bees from the weather and how it reflects light and heat away from the hive. The super box, is where the bees store their honey and it has ten frames that should have comb foundation, the Queen excluder is between the brood chamber and  the super box, it prevents the queen from getting lost in the super’s honey while allowing bees to easily pass. The Brood box is where the queen lays the eggs, it also has 10 frames with comb foundation and at any point should not be harvested. She was able to take the collaborators and stakeholders through the processes taken by bee farmers to acquire the honey, and the benefits of honey farming which include, income to farmers which enables them to sustain their families, the bees also are a pollinating agent which as a result will increase harvest in the farms. 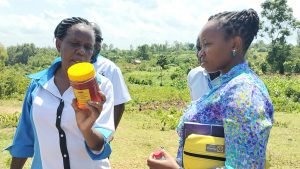 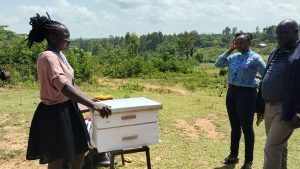 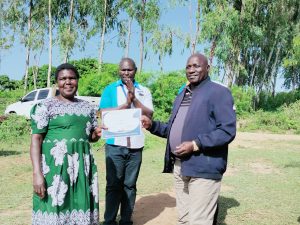 The function was attended by;

Our Resources and Publications